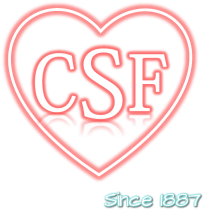 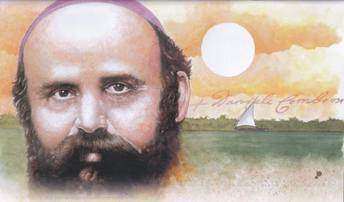 Daniel Comboni in Egypt
Daniel Comboni, born in Limone, Italy, in 1831, knew at an early age that he would be a priest and missionary. His love was Africa, and in 1857, when God called him there, Daniel answered with all his heart and soul.
Serious setbacks should have worn him down, but they only deepened his determination. "The thought that one sweats and dies for the love of Jesus Christ and the salvation of the most abandoned souls in the world is far too sweet for us to desist from this great enterprise," he wrote.
St. Daniel devised a Plan not just to bring the Gospel to people who never heard it but also to prepare Africans to evangelize their own people - a revolutionary idea for his time. His motto, Save Africa with Africa, captures the essence of the trust he had in the African peoples.
Named the first Bishop of Central Africa in 1877, St. Daniel continued his faithful ministry until, at the age of 50, worn out and plagued by fever, he died, but not before founding the Comboni Missionaries and Comboni Missionary Sisters who today carry out their founder's charism across Africa, Europe, Asia and the Americas. St. Daniel Comboni was canonized in 2003 and remains an inspiration to all who have a heart for mission.
During the month of March 1887, Mons. Sogaro, not feeling well, was advised to take some holidays in Helwan, a thermal city 30 km. South of Cairo. On the request made by the local Christians, Mons. Sogaro promised to open there a Church and a school. And this materialized in May 1888.
Holy Family School of Helwan was developed into an educational institution well known also beyond the boundaries of the small city.
See Full Biograghy
Principal Message:

Message of
St. Daniel Comboni
Striving to Liberate Human from Bondage and fear, providing him with Freedom to express his opinion.
Dealing with People without Discrimination in terms of Gender, Religion, Color to achieve the full Humanity of man and improve his complete Freedom with respect to Others’ Freedom. ​

School’s Message
Holy Family School Helwan Strives to form a student having a Character of a free man Religiously, socially and Intellectually who respects and accepts others, able to take and perform a  decision, determined to succeed, has an effective role in his society and capable of  keeping up with modern technology.